VAT included
Add to cart Go to cart
Instant Buy
The price is valid only for the online store and may differ from the prices in retail stores.
Availability
Specifications
All specifications
Accessories 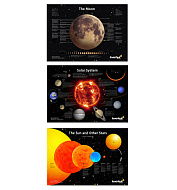 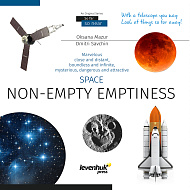 Levenhuk A10 Smartphone Adapter
€29,95
Add to cart Go to cart 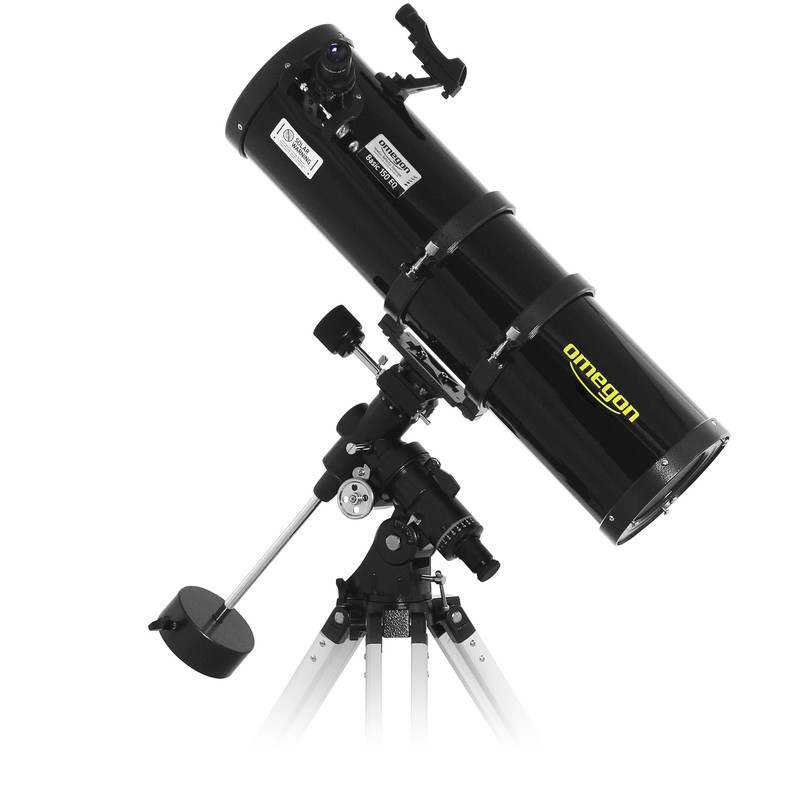 The Omegon 150/750 EQ-4 Newtonian reflector is an ideal telescope for first getting started in astronomy. It has high stability and is ideal as the basis for your first astronomical photos. The optics of the 150/750: A ‘fast’ aperture ratio of 1:5 makes this a telescope with a lot of light gathering power, which can already show a lot of detail in objects observed. The light gathering ability of the human eye is exceeded here by a factor of around 600. Globular clusters, such as M13 or M92, can be resolved right down to their centres. Many galaxies can be observed. Gaseous nebulae, such as the Omega or Orion nebula, show filaments and become magnificent summer and winter sky objects with this telescope. Also, the planets reveal some of their secrets. For example, you can observe and follow the cloud bands of Jupiter which carry the Great Red Spot over the planet. The shadows cast by the larger moons of Jupiter are also visible with a 150mm aperture. You can even start astrophotography and take your first photos – of the moon for example. If you are looking for a fast, but nevertheless very compact telescope, then this size of telescope is exactly right. The advantages in a nutshell: High resolution with the 150mm aperture 1.25” focuser with large range of focus Simply location of objects Adjustment screws for secondary and main mirrors Compact 66cm length Outside tube diameter 185mm The kit includes: 25mm ploessl eyepiece giving 30X magnification 6.5mm ploessl eyepiece giving 115X magnification Red Dot finder scope for easy location of celestial objects 2x Barlow lens for doubling the eyepiece magnification EQ-4 mount The parallactic EQ-4 mount is a solid base for your telescope optics. This telescope mount lets you acquire any point in the night sky and then easily track it. With slow motions for both right ascension and declination axes, objects can be precisely adjusted, tracked, and held in the field of view. A counterweight takes care of exact counterbalancing of the optics. The built-in polar finder scope and very sturdy polar block means starting astrophotography is a piece of cake. You do not simply find the Pole star, but can find the invisible north celestial pole itself within just a few minutes. The aluminium tripod can be simply adjusted to the required height. The differences to the Omegon EQ-3 mount: The EQ-4 is significantly more stable Significantly less susception to vibration Sturdier counterweight bar Significantly sturdier polar block Finer adjustment possible in azimuth Only the EQ-4 has a polar finder scope
Search
Claim

Instant Buy – Save Your Time

Do you want to skip the tedious ordering process? Are you hesitant to provide your shipping and billing information online? Simply enter your name and phone number in the form below, and we will get back to you ASAP!

Your message has been sent successfully.
Our manager will contact you soon